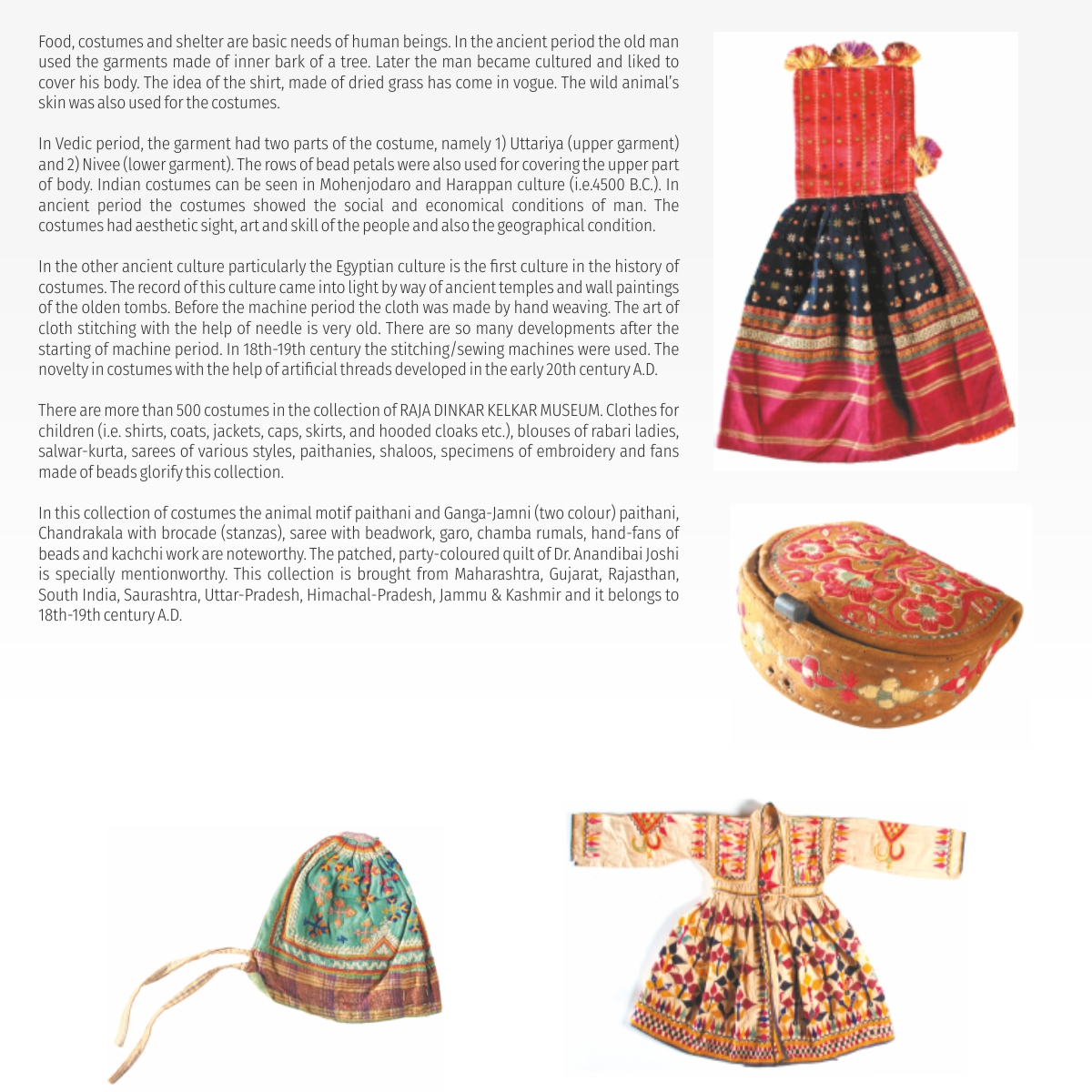 Food, costumes and shelter are basic needs of human beings. In the ancient period the old man used the garments made of inner bark of a tree. Later the man became cultured and liked to cover his body. The idea of the shirt, made of dried grass has come in vogue. The wild animal’s skin was also used for the costumes.

In Vedic period, the garment had two parts of the costume, namely 1) Uttariya (upper garment) and 2) Nivee (lower garment). The rows of bead petals were also used for covering the upper part of body. Indian costumes can be seen in Mohenjodaro and Harappan culture (i.e.4500 B.C.). In ancient period the costumes showed the social and economical conditions of man. The costumes had aesthetic sight, art and skill of the people and also the geographical condition.

In the other ancient culture particularly the Egyptian culture is the first culture in the history of costumes. The record of this culture came into light by way of ancient temples and wall paintings of the olden tombs. Before the machine period the cloth was made by hand weaving. The art of cloth stitching with the help of needle is very old. There are so many developments after the starting of machine period. In 18th-19th century the stitching/sewing machines were used. The novelty in costumes with the help of artificial threads developed in the early 20th century A.D.

There are more than 500 costumes in the collection of RAJA DINKAR KELKAR MUSEUM. Clothes for children (i.e. shirts, coats, jackets, caps, skirts, and hooded cloaks etc.), blouses of rabari ladies, salwar-kurta, sarees of various styles, paithanies, shaloos, specimens of embroidery and fans made of beads glorify this collection.